The Humansdorp –born player joins on a two-year deal from the Vodacom Bulls. The 22-year-old utility-back(a flyhalf really) revealed that he felt it was time to test himself in a new environment, having endured a frustrating start to the curtailed Super Rugby season and will be hoping to get the backing of the coaching staff at the Jonsson Kings Park Stadium.

Libbok has perhaps, like many players of colour with a preference for flyhalf, fallen victim to the “utility back” tag. A recent list of similar causalities of that tag including the likes Damian Willemse, Innocent Radebe and soon to be teammate Curwin Bosch, who all had to do an apprentice job at fullback at some point before earning the promotion to being a pivot. When you look at those players, you start realizing that they have certain characteristics in common. Flair, fleet-footed, a turn of pace which all makes for a risky prospect in a position seemingly reserved for players who are “safer” and place an emphasis on doing the basics of a flyhalf first, before attempting anything “out the box”. If you look deeper into the history of Libbok, you begin to realize that he has probably endured a tougher journey than the other players mentioned above. Libbok played on the left wing for the SA Schools first game in 2015, and was dropped for the next. The following year he would start two games at flyhalf for the Junior Springboks in the 2016 World Junior Championships, which sandwiched a positional switch to fullback with Bosch (ironically).

That seemed to indicate that the coaches at junior level had finally identified his strengths as a flyhalf and that he would finally get a chance to establish himself as a playmaker, going forward into the senior ranks. But, like other successful junior rugby flyhalves of colour in the mold of Bosch, Willemse and Radebe, he would have to be content with making his senior rugby debut at fullback, in a 16-30 thrashing of the Blue Bulls XV at the hands of Western Province in a Currie Cup qualification match. The former Hoerskool Outeniqua star did, however, start to get more games both from the bench and from the start at flyhalf for the Bulls at both Currie Cup and Super Rugby level, and had begun to prove to be a valuable understudy for Handre Pollard and a worthy successor to the now, most highly paid rugby player in the world. For that reason, the expectations that he would claim the number ten jersey at Loftus this season and finally come into his own in that position at Super Rugby level, would have not been too farfetched. That is why perhaps, when the Bulls brought back veteran Springbok and prodigal son Morne Steyn, a move that was, at least on paper, supposed to be beneficial to the growth of Libbok, in turn proved to be of detriment.

On the surface you will be at liberty to question, how could bringing back a 66 Test cap veteran with 23 records to his name be a bad move? How could you go wrong with bringing back the fastest South African to 100 points(8 matches) and a player who holds the record for the player who has scored the most individual points, having scored all his teams points in a Test match (31 against New Zealand). If you were looking closer to home, he is also the record holder for most points in a Super Rugby season (263) and for most points by a Bulls player in Super Rugby history ( now at 1467). But for all of his Test caps and records, what he doesn’t have over Libbok is age, innovation and the suitability to the modern game. More crucially, he does not have time on his side, and one would’ve thought Pote Human would’ve had all of this under consideration, as a veteran coach and would’ve decided to use what’s left of Steyn’s time, wealth of experience and expertise to guide and nurture the future flyhalf of the union, into a new and exciting era of Bulls rugby.  But perhaps, the alarm bells were already ringing during pre-season when Human began talking up Libbok’s abilities as a fullback more as a specialist than as a secondary position. It seemed to get worse as Libbok found himself being the only unused substitute in the loss against the Sharks in Durban, although he would go on to make appearances from the bench and two starts at flyhalf in the following games, one could already feel it might of already been a case of too little too late.

The Vodacom Bulls have only themselves to blame for losing Libbok, as at the most delicate stage of his career, where he would’ve already mentally prepared himself for his moment to take over from Pollard, he wasn’t given the backing to match. At a time where the Bulls needed to throw all caution to the wind, be brave, continue with their efforts to rebrand into playing running rugby, and backing a non-Bulls “prototype” flyhalf to lead them into that era, they folded, curled into a ball and retreated into their shells by “playing it safe” with Steyn, the exact Bulls prototype flyhalf. A short term decision that could now prove to have long term consequences, with Libbok still having his best years ahead of him, and the prospect of him spending most of those years haunting the Bulls, paints a scary picture for the Loftus faithful.

Grit Sports prides itself in providing opportunities for South Africans across the board, as the fastest growing digital sports platform in the land, we encourage freedom of speech. Views expressed in this piece belong solely to the author, and not necessarily to Grit Sports Media Pty Ltd. 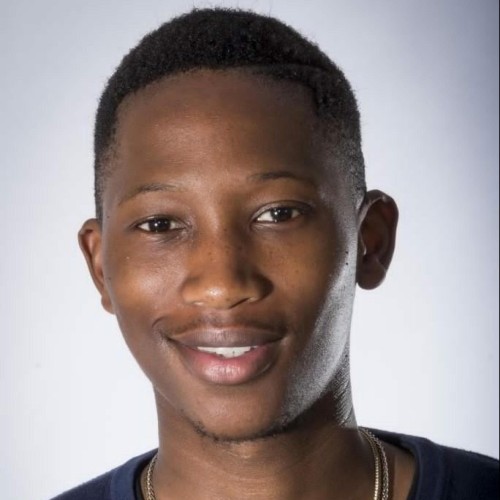 Yolulwe Qoshe
An East London-born Freelance Sports Journalist Yolulwe Qoshe, holds a Bachelor of Arts degree in Journalism and Media from Rhodes University acquiring it in 2017, specializing in Radio and Multimedia.