The Banyana Banyana of South Africa have been Africa’s perennial nearly-women. They have produced generation after generation of special talents, from Portia Modise to Janine van Wyk to Thembi Kgatlana, but had failed to lift the Women’s Africa Cup of Nations (WAFCON), losing finals in 1995, 2000, 2008, 2012 and 2018.

All that changed on Saturday when Hildah Magaia scored twice to see Banyana Banyana claim their first Women’s Africa Cup of Nations WAFCON title by beating hosts Morocco 2-1 in the final.

Everyone involved with this year’s cup of Nations have been a winner — the host nation, the players, CAF and the supporters who have broken attendance records throughout to raise the bar to a whole new level.

But the biggest winner from all of these is women’s African Football. For many reasons, the continent’s biggest women’s footballing showpiece has grown in leaps and bounds, especially in the last couple of weeks.

From a footballing standpoint, this was one of the most open tournaments we have witnessed since the inception of the cup. It meant that the outcome had many positives, with South Africa’s victory the crowning moment. On a larger spectrum, the win is far-reaching for the entire continent.

The crowning moment came with this trophy, but it was a victory that has taken years to achieve. It’s the icing on the cake, one that has seen the team put up the right training programmes alongside the genetic talents of their team to excel thereby usurping the Super Falcons who had stood at the pinnacle of women’s football on the continent.

Their meeting in the group was a rematch against the Super Falcons of the 2018 WAFCON final in Ghana saw South Africa neutralize Nigeria, despite being on the back foot for much of the contest, before succumbing on penalties.

The result in this year’s group stage wasn’t quite as startling as the Buhari Cup success, but the victory provided a huge pointer that Banyana were at least equals — if not proof that they had the edge on the most successful team in the African women’s game. They had to deal with adversities on their way to this title, too.

South Africa’s second-half display against Nigeria in their opener was a joy to behold, as Desiree Ellis’s side showed their maturity to dispatch the favourites in a rematch from 2018 final.

It’s the kind of performance that could provide a springboard for a successful assault on the title, and Banyana duly built on that victory with wins over Burundi and Botswana and went on to eventually win the title.

The loss of Kgatlana in the group stage was a massive blow to their hopes — there’s no one in that squad that can replace her raw talent — and having been both Top Scorer and Best Player at the last WAFCON, she’s got the kind of pedigree that could have taken South Africa to the title.

Banyana also had to contend with a COVID-19 outbreak in the squad, reported just two days before the match, though no names were released. Ellis’s side weathered these storms to produce a performance for the ages.

Tactically, South Africa were one of three sides — along with Zambia and Morocco — praised by CAF’s Technical Study Group for the sophistication of their game and their desire to build the play methodically from their defence. The Super Falcons were conspicuous in their absence from the TSG praise.

Last year, Zambia upset the odds to become Africa’s sole representative in Tokyo, defeating 2019 Women’s World Cup qualifiers Cameroon in a play-off to take the sought-after slot, above even the might of Africa’s record nine-time champions Nigeria.

A year after their Olympic debut, Zambia also reached their first Women’s World Cup, which they first tried to do in the mid-1990s. Their qualification is all the more impressive given the absence of star striker Barbra Banda, who has missed the tournament over ‘gender eligibility’ issues. They went on to defeat Nigeria in the Bronze medal match 1-0.

Not only did Morocco become the first North African country to host a WAFCON, their 2-1 victory against Botswana in the quarter-final of the tournament also made them the first country from the region to qualify for the Women’s World Cup. The structure they have built for the women’s game up north is a thing of beauty, and it’s only a matter of time before they catch up with their European counterparts.

WAFCON 2022 has consolidated the existing fan base and attracted a new one in North Africa. The appetite for the games across the continent will continue to grow after South Africa’s win. Banyana’s victory in Morocco is a pointer that with perseverance and sustained resilience, the rest of Africa can follow suit.

Next year’s world cup in Australia and New Zealand will pose another challenge for the four teams that will represent the continent on the world stage. And unlike previous editions where only the Super Falcons ruffled feathers with some of the world’s best, the other three teams would not just make up the numbers, but will also challenge the established order. 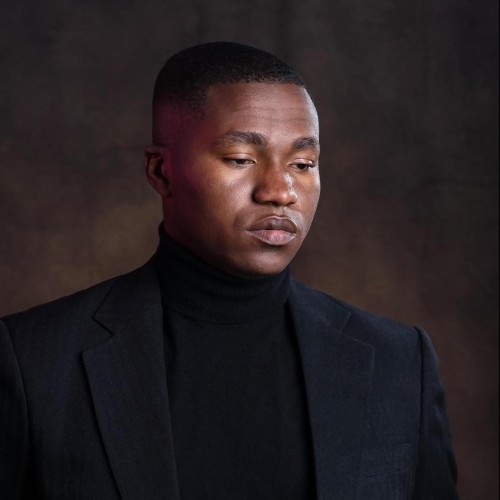