The pair have met five times before including twice in this clay-court season alone.

But Nadal sealed titles in Barcelona and Madrid with comfortable wins in the finals of both those tournaments.

However, the 23-year-old, who has only once before beaten the Spaniard, was not to be denied in Rome and produced a sensational performance to seal spot in the semi-finals.

The pivotal moment for Thiem seemed to come in the second set when, having broken Nadal again and taken a 4-3 lead, the legendary player quickly forced two break-back points. 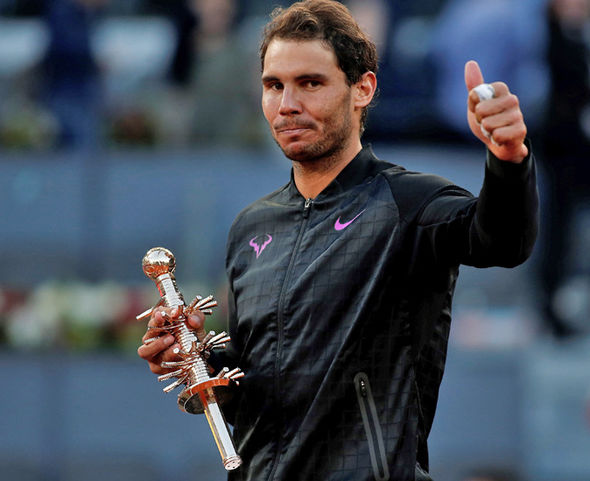 But the Austrian dismissed both and saved another at advantage Nadal, evenutally coming through the game then to win 6-4, 6-3.

It means Thiem will now either face Juan Martin del Potro or Novak Djokovic in the semi-final with Alexander Zverev or John Isner waiting in the final.

The younger player had been outplayed in the first two meetings between the two in 2017 but nevertheless drew plenty of plaudits as one of the form clay-court players around.

John Smit at Wimbledon? Oh what could’ve been…

#USOpen – Williams and Nadal advance through to semi-finals

ABOUT US
Grit Sports is South Africa's fastest growing digital sports media platform, having been established in 2015, we pride ourselves in delivering ground breaking interviews, news, reviews, and coverage.
Contact us: info@gritsports.co.za
FOLLOW US
© All Rights Reserved - Grit Sports Media (PTY) Ltd
error: Content is protected !!